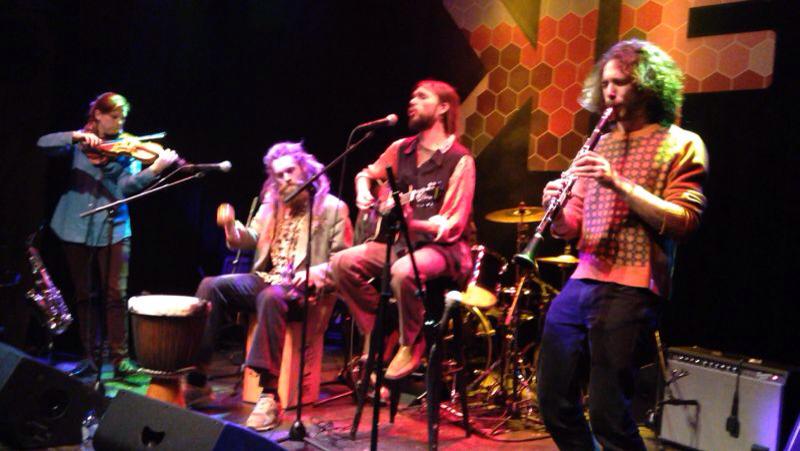 „(…) Even though witnesses maintain that they were gathered together by a gush of straw-scented wind at a cross-road and that they won their name “Closingtown Orchestra” from a thimble rigger in Prague, according to the musicians themselves, they met through a common friend, whose wedding was held on a moss-grown shipwreck in the Transylvanian mountains. Since then they ramble together and wherever they go, they hide their collied songs into the sheen of wine-glazed floorboards, under the shadow of snake-bitten cathedrals or amongst the roots of willow-trees that tremble under the weight of angels. Every now and then, they are joined by stray harpers, flame-winged bassists and glass-eyed organ players, but this cannot deceive the experts who are positive about that the dark heart of the company consists of a lady and three gallow-birds, by the name of Eline van der Linden, Erik de Leeuw, Donato Civita and Dávid Katona.”