“The Call of Cthulhu” is a short story by the American horror and weird fiction writer H.P. Lovecraft, written in the summer of 1926. It is one of Lovecraft’s most well-known and well received stories and has influenced writers such as Stephen King, Robert E. Howard, Alan Moore, William S. Burroughs and Neil Gaiman, movie makers John Carpenter, Joss Whedon and Guillermo Del Toro and artist H.R. Giger as well as the band Metallica who released an instrumental track called “The Call of Ktulu”.

In 2005 the H.P. Lovecraft Historical Society produced and released a black&white silent movie set in the 1920’s that looks and feels like an authentic portrayal of this story and has since been embraced by audiences and critics as a cult classic. This 47 minute movie originally featured an period appropriate orchestral score but will be screened at the Vrijplaats with local band The Torrents of Spring performing their alternative soundtrack live.

The Torrents of Spring have performed at the Vrijplaats and the ipsYlon festival as an acoustic singer-songwriter duo but have always maintained that their music has a darker electric side to it as well. Exploring this side led to a collaboration with Max Headroom bassplayer and Oorcontact sonic artist Lama Waaien in a session that spawned the Lovecraft inspired song Wier Lights.

This song has since been transposed into a leitmotiv that is at the heart of their Cthulhu soundtrack. Their blend of Cosmic Blues, that in their acoustic guise is blues, country, jazz and folk inspired, in this setting will reveal to contain gothic, psychedelic and stoner rock influences as well.

This is why this screening and performance is held on the first Friday of the month, the “Vlammende Vrijdag”. 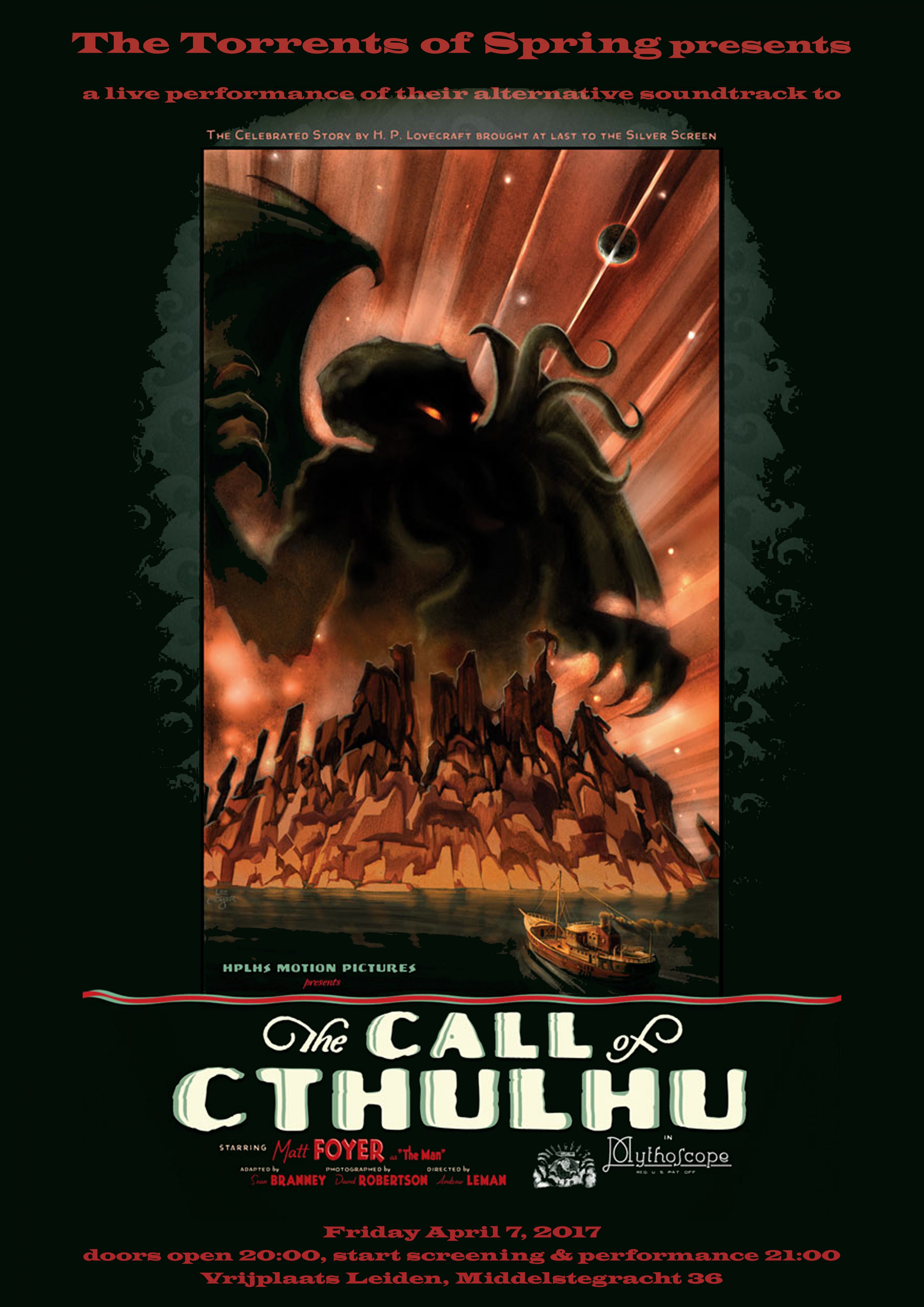